Humans are heroes, not zeros

A rose by any other name is still a rose

Into Gods and Goddesses do humans grow

You see, they have to take life blow by blow

Cause they live on the down low

In the dense illusory disunity of 3D physical reality

Do you fifth Multidimensional angels know how difficult that can b?

Where we can actually see our thoughts creating our reality

Because we can actually see the infinite continuum of intelligent energy

We’re like fishes that can actually see the sea

But further down the reality spectrum

In the sea of duality

They have to grope around blindly

Because they’re blind to the unity

Incarnating into such hostile territory

And then navigating, inter-relating & creating

Without being able to see

Humans are heroes….you get me?

Because if you can’t, you can’t go

So, I’ll take it slow

For all you cherubims & seraphim

Who are thinking of incarnating….

You want to be a Cosmic Rasta?

It’s like trying to fit the ocean into a kettle

What was I thinking?

I’m being squeezed limited and compressed

Your first experience as angelic beings

Is the complete forgetting of who you really are

Do you really have the courage to go that far?

Because believe you me

That’s just the beginning of the pains of physicality

Humans are heroes, You get me?

See they have to have faith in Unity

They have to live as if truth is beauty

They have to live truthfully, faithfully, beautifully,

Cause down there in 3D

It can get very ugly

Life can get red raw and bloody

It’s all so …temporary

So you want to cling on

You want to resist

You don’t want to let go

You don’t want to take the risk

So you live in fear, down there…

Until you decide you don’t want to anymore

And then your courage kicks in

And you even up the score

LET’S GET READY TO RUMBLE…..You roar

And you accept it as it is

Cause you finally remember

What you resist persists

Only what you look at directly

Can cease to exist

So you stop avoiding your fear

And you embrace it

You love your fear to death

Because your fear can’t take it

So you break it

And you see it was just fa*in’ it

And your whole world changes

Because you met your fear and you faced it

And so your fear just disappears

And when you’re ready you can come back here

To be honoured by your angelic peers

As a fallen angel rising

The God / Goddess in you no longer hiding

Because you’ve become what you were born to be

Humans are heroes… you get me? 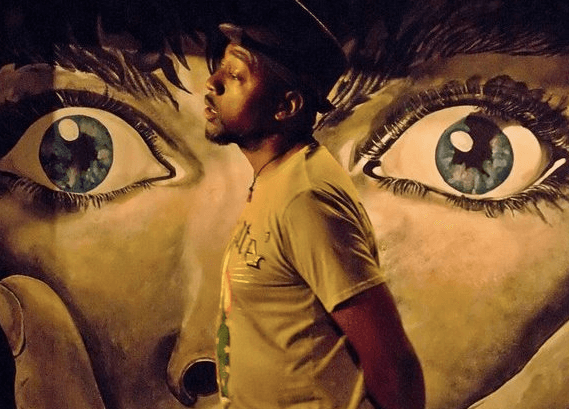 Ben has been a practical pain management trainer and a celebrated massage therapist. He believes human well-being is deeply connected to the health of mind and body both, including deep tissues. He holds numerous certifications for best of breeds massage techniques helping him on a mission for healthy London and then rest of the world. He has been an active contributor in massage technique research and on Massaggi blog.
Facebook Twitter Instagram YouTube Subscribe Download Free Book