My expectations were based on receiving a massage therapy in London to relieve a long standing deep muscular ache. Ben Pianese however had other ideas.

I arrived a little flustered having lost my way en route with a wrong turning. Ben was just happy that I’d made it and was eager to get straight in. After introductions he asked me what I’d like to work on first and rather than suggest I lay face down on the massage couch as I’d expect he threw in a curve ball and wanted to assess me standing as though we were in a physiotherapy session.  “Interesting”, I thought.

Once on the couch, rather than applying massage oils and deep tissue massage, he lay his hands on my aching muscle area, rested there for a while and gently moved his hands using a specific technique each time. I trusted him and we breathed into the touch. After a while, he explained that he was realigning my body structure and making small but significant changes to my muscles. The word “interesting” sprang to mind once again.

I kept an open mind and followed his breath to remain receptive to his gentle and healing touch. Upon standing the ache definitely felt lighter and less apparent however working on that muscle had only taken 10 minutes. We still had about 30 minutes left so Ben asked me what I’d like to focus on next.

It’s not often that you get the chance to MOT your body so I took full advantage of this invitation and started mentally scanning my body for all the imbalances and aches that I’d experienced recently. My shoulder, my pelvis, my stance, my spine…the list was endless however I knew we didn’t have THAT much time.

So we mainly worked on my pelvis and its stability for keeping me grounded and secure. He gave me instructions to test the present state of it and then actioned them by pushing me off balance. Once my defence mechanisms had switched off and I was able to eventually relax, I found myself stumbling off balance with little control.

Ben then worked on my pelvis as I lay on the couch using the Emmett Technique, the gentle and non-invasive muscle releasing technique previously used. I returned to standing and he pushed me again. Guess what? I didn’t move an inch. That’s right, I was sturdy, strong and steady and could not be moved. Flabbergasted at how my body had responded to his touch, he now had my FULL attention.

We explored a little more with walking and feeling the lightness of my pelvis through movement and I asked questions that Ben happily answered. I felt really centred and balanced plus in control of how my body moved in space.

On my way home, I thought I’d test what I’d just experienced with my pelvis on the crowded train where seats were a luxury and finding a pole to balance with was non-existent. I stood unsupported being jostled from side to side plus back and forth. Ha!! I didn’t need any support!  Man, did I feel grounded without effort! It was amazing and actually empowering.

Before I left, he showed me a before and after picture of a client with kyphosis (excessive curvature of the mid/upper back aka humped back) and the change was dramatic. Of course it didn’t happen overnight however using his skill…it had happened.

I would strongly recommend Ben if you’re looking for a massage therapist in London and an innovative way of making change within your body. He is also qualified in deep tissue massage, massage in pregnancy, lymphatic drainage and also specialises in NST Bowen Therapy, Emmett Technique and Sports Massage. I’ll definitely be seeing him again.

About The Author: Ben Pianese

Ben has been a practical pain management trainer and a celebrated massage therapist. He believes human well-being is deeply connected to the health of mind and body both, including deep tissues. He holds numerous certifications for best of breeds massage techniques helping him on a mission for healthy London and then rest of the world. He has been an active contributor in massage technique research and on Massaggi blog. 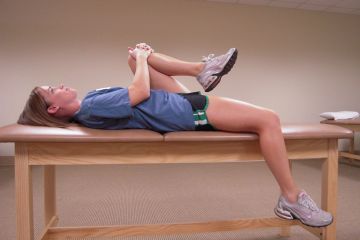 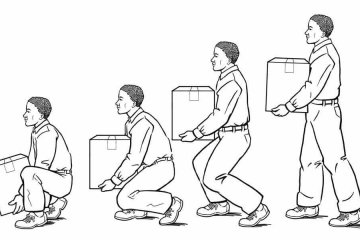 Sports Massage Suggestions To Follow During Your Care Plan