Massage therapy has long been known to bring relaxation to tired, overworked bodies. It is one of the quickest solutions for people who suffer from muscle aches and fatigue due to their jobs and other regular activities and responsibilities in life, which can force them to move or stay in an uncomfortable position for a prolonged period of time.

But over the years, massage therapy, London wellness professionals say, has proven to be more than just a way to relax and relieve the body of those painful tension knots. Numerous and extensive studies have shown that it can also alleviate the various symptoms of serious illnesses or health conditions.

The following are examples of health conditions that can be better managed or helped to produce more positive outcomes with the help of massage therapy.

Research reviews and NCCIH-funded clinical trials concluded that massage might be useful for chronic and extreme pains.

From chronic lower back and neck pains, NCCIH-funded clinical trials reported that massage therapy could alleviate pain by as much as 50%. Likewise, it has proven to effectively diminish excruciating pains due to osteoarthritis of the knee, as well as provide , , observational study of cancer

In a prospective, , observational study of cancer patients treated at the Memorial Sloan–Kettering Cancer Center in New York City, cancer symptoms declined in severity by approximately 50% through massage therapy (Swedish, light touch, and foot massage). While the effects (which included reduction of pain, relaxation, and improvement of mood) were only temporary, it cannot be disputed that massage therapy helped.

Massage therapists are advised, however, to take specific precautions with cancer patients. The National Cancer Institute advises avoiding massage on bruised areas or any part that has skin breakdown, the location of the , areas with a blood clot in a vein, and sensitive areas due to radiation therapy. 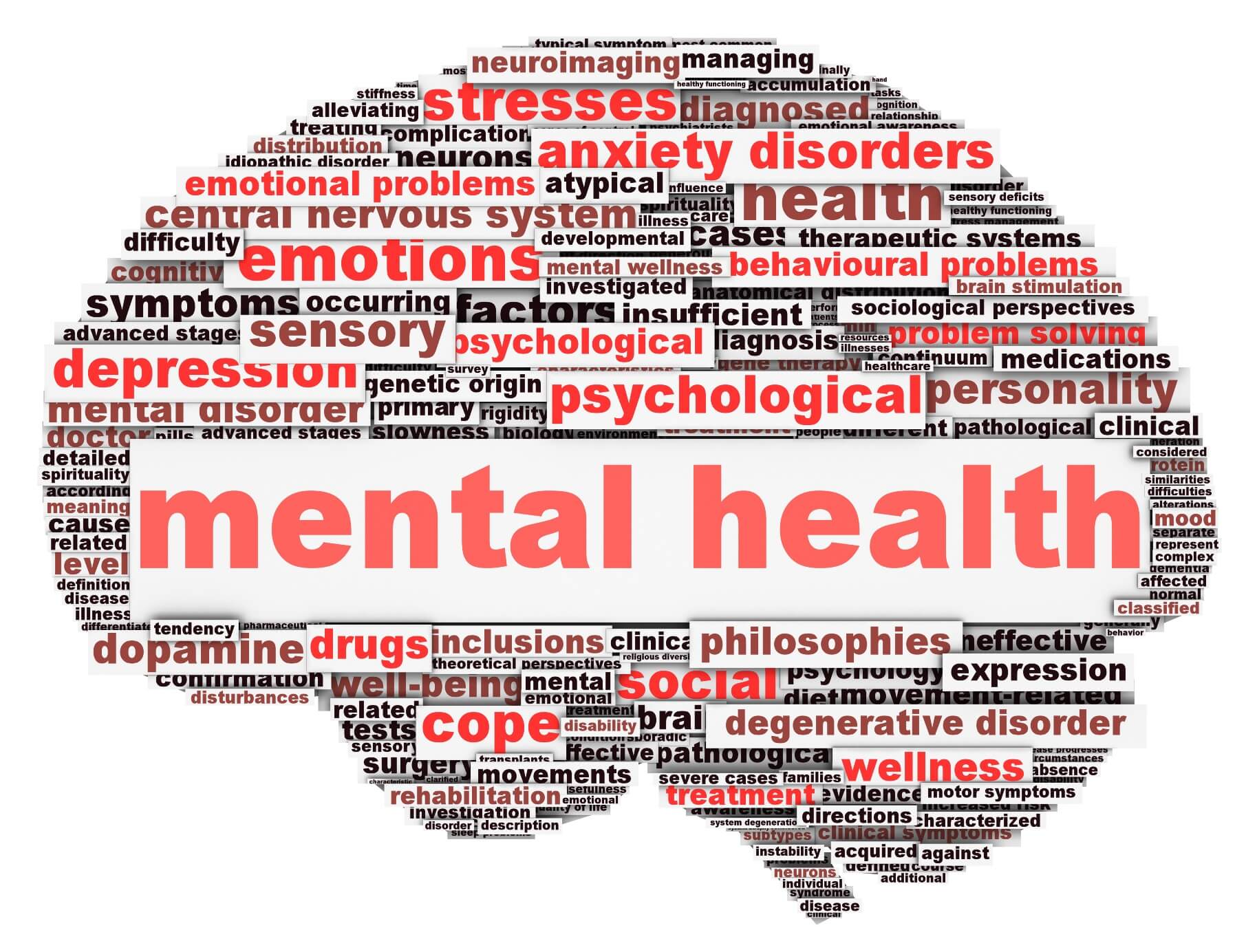 A study conducted on HIV-infected individuals suffering from depression reveals that massage therapy managed to reduce the severity of the participants’ depression during the eight-week duration of the activity. This clearly indicates that therapeutic massage can be an integral element in the treatment of patients with HIV.

There were similar results in a test study conducted on military veterans with anxiety, worry, and depression. Analysis of results showed a decline in the levels of tension and irritability following massage.

In addition to those, massage therapy has proven helpful in reducing the symptoms of people with a general anxiety disorder. It was as effective as deep breathing and placing a person suffering from the condition in a peaceful environment.

According to some studies, the various movements used in massage therapy facilitate biochemical changes which help improve muscle flexibility and influence blood and lymph circulation. Massage therapy also leads to the reabsorption of nociceptive and inflammatory mediators.

Some studies also indicate that massage therapy can diminish pain by increasing serotonin levels which influences both mood and pain perception.

Studies indicate that massage therapy (London) can effectively reduce the pain associated with migraine, lumbar pain, fibromyalgia, and other conditions. One research project sought to determine whether the same benefits can be attained by patients suffering from chronic pain like tension headaches.

According to this research, massage therapy that focuses on the neck and shoulder muscles effectively reduced headache frequency within just the first week of therapy.

According to Australian researchers, massage therapy, used in conjunction with other modalities like meditation, can aid in the improvement of immunological function and increase natural killer cell counts and CD4+ cell counts.

In another study, test subjects underwent Swedish massage therapy for one hour twice a week. The researchers then discovered that massage therapy can help in reducing the symptoms of depression experienced by people suffering from HIV/AIDS. 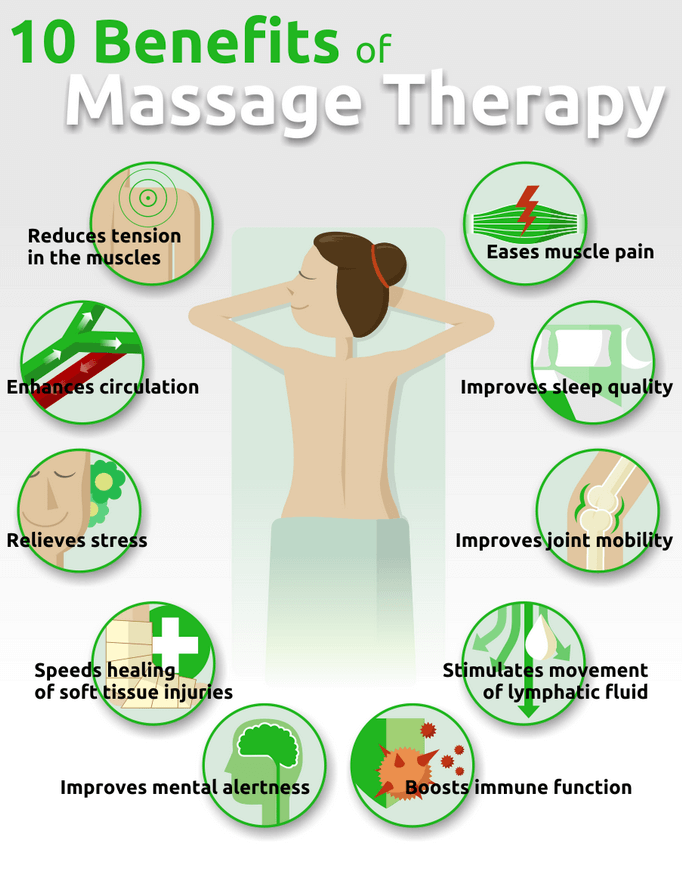 One study conducted between 2008 and 2010 revealed that massaging a baby reinforces its bond with the mother.

A review of previous studies on infant massage therapy reported that it can help pre-term babies gain weight and increase bone density. This review suggests that the use of oils, as well as the application of moderate pressure, contribute to weight gain. This translates to a shorter hospital stay and costs savings.

Another study argues that massage therapy can be used safely for infants who are classified as medically fragile and can be implemented as a component of a NICU program.

Massage therapy benefits both children with autism and their parents

In a study involving Oregon preschoolers, researchers discovered that massage therapy can help decrease the severity of autism by as much as 32 percent. Massage can also improve sensory problems and sensitivity to both touch and texture, as well as increase receptive language.

But apart from the children with autism, the use of massage therapy can also help decrease the stress undergone by the parents while improving parent-child bonding and interaction.

There is an increasing prevalence of the cardiovascular disease in many countries today. For patients who do not respond well to medical treatments and lifestyle modifications, surgery is the recommended solution. Major surgery often results in the experience of anxiety, severe pain, sleep disturbance, and psychological distress among patients.

In a study of 113 cardiac surgery patients, a significant decrease in anxiety, pain tension was observed after the patients received massage therapy, leading to the conclusion that massage therapy can be an important component of the healing process after cardiovascular surgery. 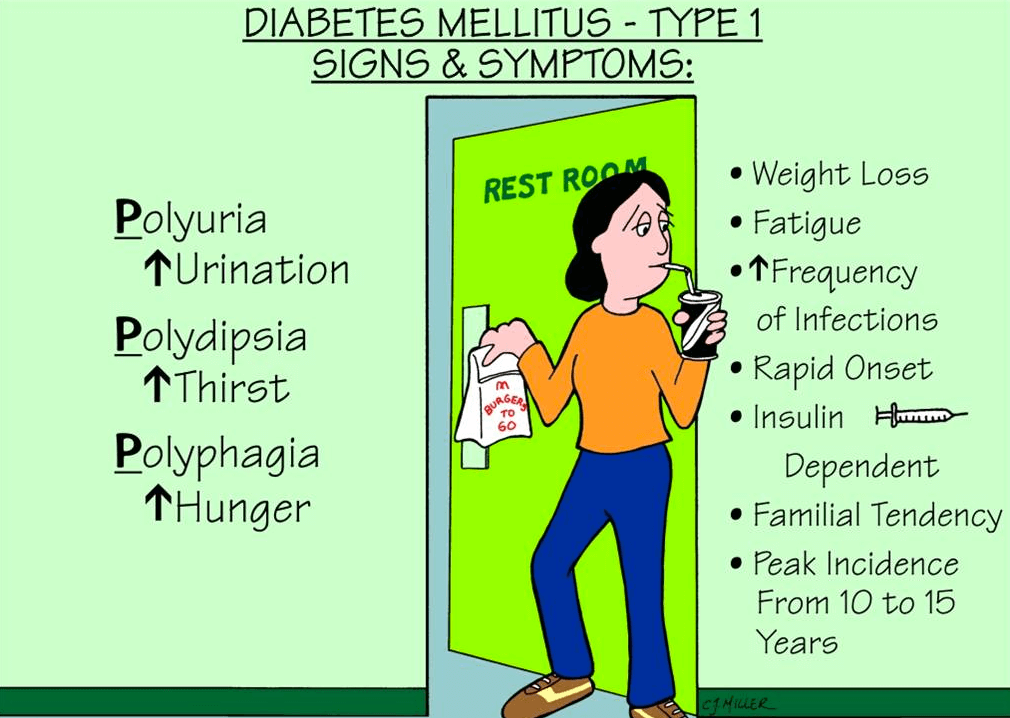 Diabetes — a disease that involves an impaired carbohydrate metabolism caused by the failure to produce adequate amounts of the hormone insulin — currently affects millions of people across the globe.

Massage has long been considered beneficial to diabetes management in a few significant ways. It can promote relaxation for a patient who suffers under the inherent stress that comes with the condition. Massage therapy can also help improve circulation of lymph and blood. It is also good for working the body’s connective tissues and muscles (especially the hands and feet) for improved movement, which is crucial for diabetics.

According to a systematic review published by the American Diabetes Association’s journal Diabetes Spectrum, massaging the site of an insulin injection can substantially increase serum insulin action, which then helps decrease blood glucose levels in people with type 1 diabetes.

Massage can help improve lung function in children with asthma

Asthma is one of the most prevalent chronic illnesses that can develop in childhood and it can substantially affect a child’s ability to interact socially and excel in academics and other endeavors. More research is being done on complementary and alternative treatments for asthma.

In one study where 32 children received either relaxation therapy or massage therapy, those who were treated using massage exhibited more favorable results. In younger children, massage led to an immediate decrease in behavioral anxiety as well as cortisol levels; it was also observed that their attitude toward asthma and their pulmonary functions (peak air flow, for example) were improved. Meanwhile, older children who received massages reported experiencing lower levels of anxiety after a massage, and daily massage helped improved their airway caliber and control of asthma.

Another study on 60 Egyptian children with asthma reveals how massage can be beneficial for compromised pulmonary functions. The children were divided into two groups: One group received a 20-minute massage at home from their parents before bedtime, every day for five weeks, in addition to their standard asthma treatment. The other group, the control group, only received the standard asthma treatment for the same time period. It was found that massage improved the key pulmonary functions (FEV1 and FEV1/FVC ratio) among the children with asthma.

What does science say about Massage Therapy?

Based on the reported results of the various studies performed on individuals with a variety of health conditions, massage therapy offers benefits and improvements that can help improve patients’ health and quality of life in considerable degrees.

While further research is necessary to attain an even greater understanding of massage’s effect on many other illnesses and disorders, it’s clear to see that massage therapy, London massage specialists can attest, plays a key role in the recovery and healing stages of many health conditions — and is certainly worth exploring to develop more beneficial applications.

About The Author: Ben Pianese

Ben has been a practical pain management trainer and a celebrated massage therapist. He believes human well-being is deeply connected to the health of mind and body both, including deep tissues. He holds numerous certifications for best of breeds massage techniques helping him on a mission for healthy London and then rest of the world. He has been an active contributor in massage technique research and on Massaggi blog. 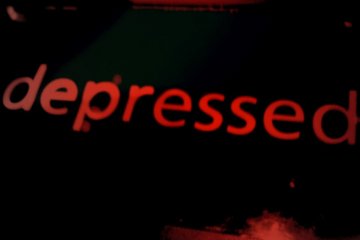 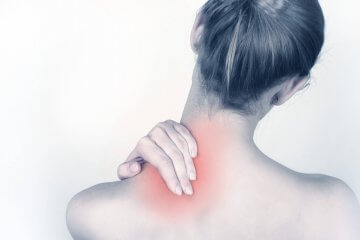 Revealing The Benefits of Regular Massage Treatments for Fibromyalgia Patients 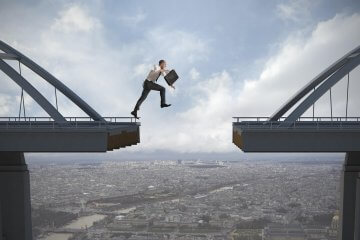